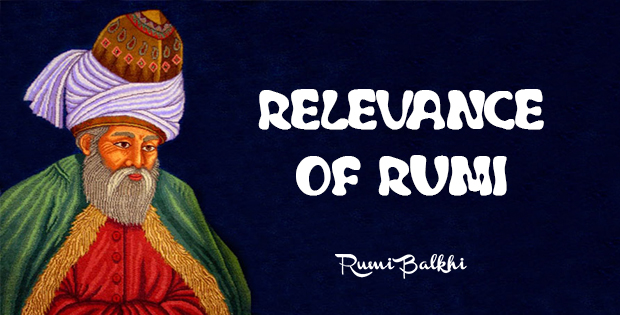 AN INTERVIEW WITH NEVIT ERGIN
By : Anjum Naim

San Matio, California based, Turkish American Surgeon and Translator of Mathnavi (a verse genre used for narrative poetry) of Jalaluddin Rumi, Dr. Nevit Ergin, recently, visited India in connection with 800-year celebrations of Rumi. He participated in various programs at Delhi, Hyderabad, Kolkata and Patna, organized by the US Embassy. Though Dr. Ergin is a surgeon by profession, but for the last 50 years, he dedicated himself to the studies about Rumi and his works. He, for the first time, translated and published the complete poetical works of Rumi into English in 22 volumes by the name “Bayaz-e-Kabeer” (A Comprehensive Anthology). In Delhi, he spared a few moments for Span (Urdu). Following are some excerpts from his talks with Anjum Naim, the editor of aforesaid magazine:

What is the relevance and significance of Rumi in the present era?

Rumi has always been a symbol of unifying force in a civilization, social and economic system, whatsoever it may be. His poetry gives solace to heavy hearts and worried brains. Don’t forget, the more the world becomes horrible, the more the human lives become costless, the more relevant and significant Rumi’s poetry will be. Don’t you observe, the human potential and his self-framed religious behaviors are becoming entirely negatively surcharged? In this situation, will he be able to survive without a spiritual oasis in the desert of negative paradigms. Anyway, he is in sheer need of a life code, as an alternative to his particular faith, which may prevent him to become alien to his own society, to his own community. And Rumi provides with a better guidance than any other, in this regard. He was certainly much larger than life. But at the same time, he was very close to mankind, without any religious or racial boundary. Maulana Jalaluddin is like an infinitely large umbrella covering all we have and beyond.

He introduces himself, saying:
“I am neither Christian nor Jew
Neither Persian nor Muslim.
I am neither the East nor West
Neither from land nor from water.”

He refutes the allegation that he can be confined to any particular faith or shackles of time and space.

How Rumi became the most popular poet in the US?

How well a person said: “Rumi’s popularity in the United States is a matter of our enormous spiritual hunger.”
It is a well known fact that Americans, usually and relatively read more. Apart from it, more books are published here. Common people, hardly, get opportunities to go through books and deliberate, where political or social conditions are not normal or where the life is burdensome. Since our community ponders over different issues and tries to find the solutions thereof, that is why Rumi attracted their attention and his thoughts impressed them too much. Moreover, Rumi opens a new gate in a multi-dimensional society that faces a dilemma between faith and reason. Our society is full of luxuries of life; but a well-to-do and prosperous person may not necessarily have a happy life too. Here, Maulana bestows that very much sought after happiness – happiness of body and soul, happiness of brain and heart. It is what makes him popular.

The entire credit of Rumi’s popularity in the US goes to Colman Barks, who not only introduced Rumi to the literary circles in the US, but also translated Maulana’s anthology beautifully. The earlier English versions were like one has given a solitary confinement to the skylark of poet’s imagination. Barks opened the cage and the bird, once again, started singing the melodious songs with full sum and substance.

How difficult it was, to translate Rumi’s poetry?

In fact, translation of a literary work is a difficult and challenging task. It becomes somewhat more difficult when one has to translate metaphysical poetry of Rumi like poets.

There is an inherent danger in Rumi’s poems. They dazzle the eyes with their poetic beauty, so then one cannot see their prophetic meaning.

You cannot perceive and understand Rumi unless and until you peep into Rumi’s window to find the real perspective. I am a doctor by profession, but when I felt interested in Rumi’s poetry, I dedicated myself completely to understand his themes and thoughts for 15 years. Rumi demands, if you are desirous to enter his world of thoughts, you will have to abandon all your earlier assumptions and ideologies. It is rather a precondition to enter the arena of his musings. In case, you want to go through his works along with your preoccupations, then understanding Rumi will be extremely an uphill task. I have taken a lot of care in this regard.

What role Sufism play in a multi-dimensional society?

Sufism liberates you from the clutches of compulsions of self-adorned faith. It leads man to be in touch with God, directly. Different self-imposed faiths in a multi-dimensional society create problems for man to turn to God. Sufism relieves man from such shackles. That is why it plays more important role in such a society in comparison to uni-dimensional societies. India has always been a land of people, wandering in search of God. Sufism is, therefore, deep-rooted over here. I think these similarities will play an extremely important role in bringing both India and America closer to each other.