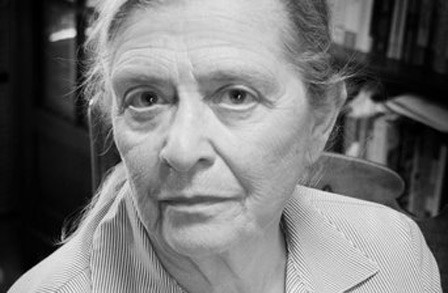 “Feed Fred and sit with him
and mind he doesn’t walk about.
He falls. Tell him his ute is safe
back home. Thinks someone’s pinched it,
peers around the carpark all the time.
His family brought him in it and
he thinks it’s gone.
He was a farmer once . . .”

I take the tray. The ice-cream’s almost
melted round the crumbled orange jelly
and the soup’s too hot. I know
I’ll have to blow on it.

Hunched, trapped behind a tray,
he glances sideways, face as brown
and caverned as the land itself,
long thin lips droop ironic
at the corners, gaunt nose.
The blue and white pajamas cage
the restless rangy legs.
In and out they go, the feet
in cotton socks feeling for the ground.

“Are you a foreigner?”
“Not exactly. Just a little sunburnt,”
and I put the jelly down. I musn’t feel
a thing: my smile has come unstuck.
I place a paper napkin on his lap. He winces.
“You’re a foreigner all right,” he says.
“OK,” I say. What’s one displacement more or less,
wishing I were a hearty flat-faced Fenian
with a perm and nothing doing in the belfry.
Someone like his mother. Or a wife who
spared him the sorrow of himself.
Now he grabs the spoon. “I’ll do it.”
“Right,” I say, “You go ahead. Just ask me
if you want some help.” The tone’s not right.
I watch the trembling progress of the spoon
for what seems years, paralysed with pity
for his pride.

How does a dark-faced woman give a man called Fred
who cropped a farm and drove a battered ute
a meal of soup and jelly?

Outside the window, clouds are swelling
into growing darkness and there’s a man
hard on his knees planting something in the rain.