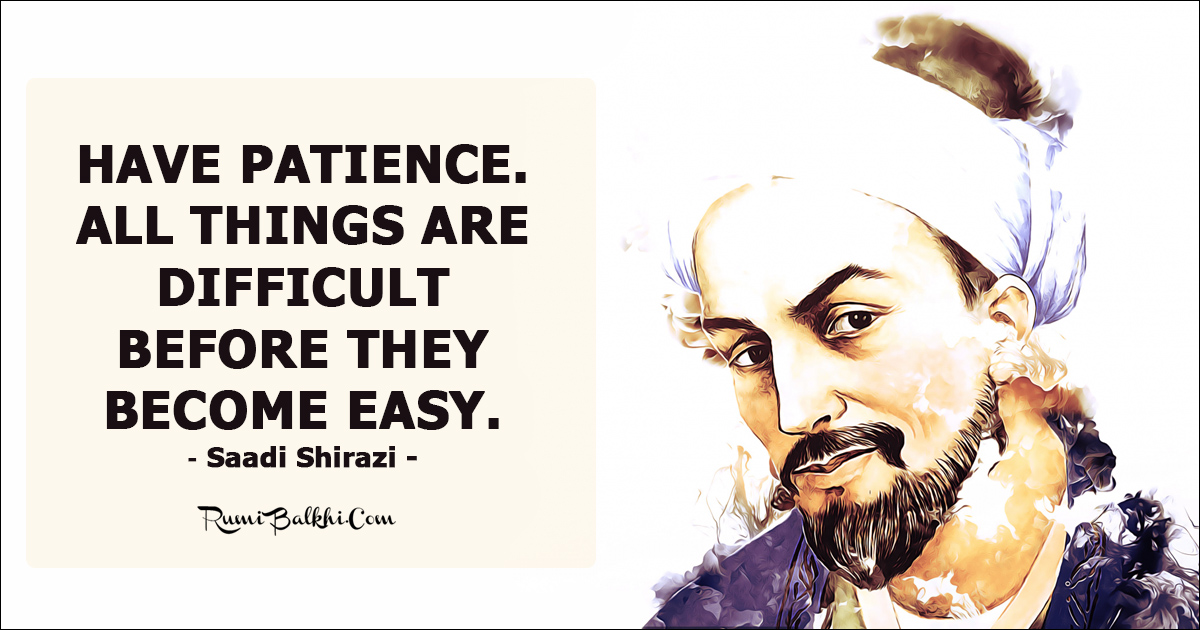 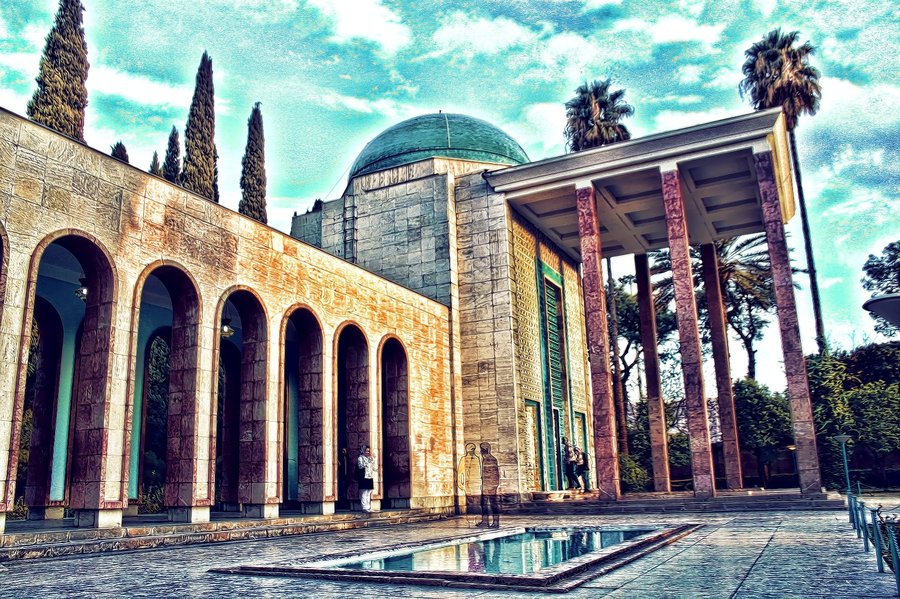 Abū-Muhammad Muslih al-Dīn bin Abdallāh Shīrāzī, Saadi Shirazi better known by his pen-name as Saʿdī or simply Saadi, was one of the major Persian poets of the medieval period. He is not only famous in Persian-speaking countries, but has also been quoted in western sources. He is recognized for the quality of his writings and for the depth of his social and moral thoughts.

A native of Shiraz, his father died when he was an infant. Saadi experienced a youth of poverty and hardship, and left his native town at a young age for Baghdad to pursue a better education. As a young man he was inducted to study at the famous an-Nizamiyya center of knowledge (1195–1226), where he excelled in Islamic sciences, law, governance, history, Arabic literature, and Islamic theology.

The unsettled conditions following the Mongol invasion of Khwarezm and Iran led him to wander for 30 years abroad through Anatolia (he visited the Port of Adana, and near Konya he met proud Ghazi landlords), Syria (he mentions the famine in Damascus), Egypt (of its music and Bazaars its clerics and elite class), and Iraq (the port of Basra and the Tigris river).

He also refers in his work about his travels in Sindh (Pakistan across the Indus and Thar with a Turkic Amir named Tughral), India (especially Somnath where he encountered Brahmans) and Central Asia (where he meets the survivors of the Mongol invasion in Khwarezm). 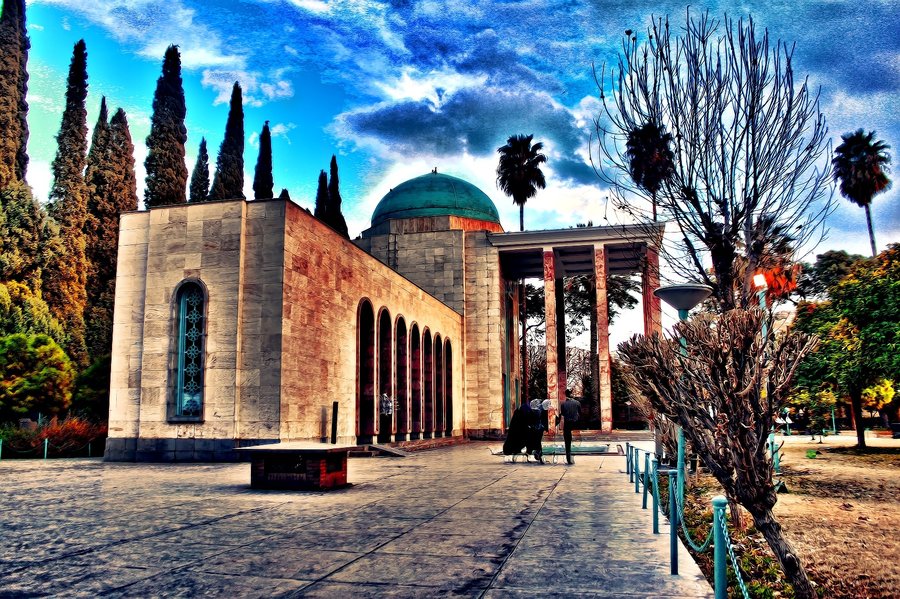 He also performed the pilgrimage to Mecca and Medina and also visited Jerusalem. Saadi traveled through war wrecked regions from 1271 to 1294. Due to Mongol invasions he lived in desolate areas and met caravans fearing for their lives on once lively silk trade routes. Saadi lived in isolated refugee camps where he met bandits, Imams, men who formerly owned great wealth or commanded armies, intellectuals, and ordinary people.

While Mongol and European sources (such as Marco Polo) gravitated to the potentates and courtly life of Ilkhanate rule, Saadi mingled with the ordinary survivors of the war-torn region. He sat in remote teahouses late into the night and exchanged views with merchants, farmers, preachers, wayfarers, thieves, and Sufi mendicants. For twenty years or more, he continued the same schedule of preaching, advising, and learning, honing his sermons to reflect the wisdom and foibles of his people. Saadi’s works reflects upon the lives of ordinary Iranians suffering displacement, plight, agony and conflict, during the turbulent times of Mongol invasion.

Saadi was also among those who witnessed first-hand accounts of Baghdad’s destruction by Mongol Ilkhanate invaders led by Hulagu during the year 1258. Saadi was captured by Crusaders at Acre where he spent 7 years as a slave digging trenches outside its fortress. He was later released after the Mamluks paid ransom for Muslim prisoners being held in Crusader dungeons.

When he reappeared in his native Shiraz he was an elderly man. Shiraz, under Atabak Abubakr Sa’d ibn Zangy (1231–60) was enjoying an era of relative tranquility. Saadi was not only welcomed to the city but was respected highly by the ruler and enumerated among the greats of the province. In response, Saadi took his nom de plume from the name of the local prince, Sa’d ibn Zangi.

Some of Saadi’s most famous panegyrics were composed an initial gesture of gratitude in praise of the ruling house, and placed at the beginning of his Bustan. The remainder of Saadi’s life seems to have been spent in Shiraz.