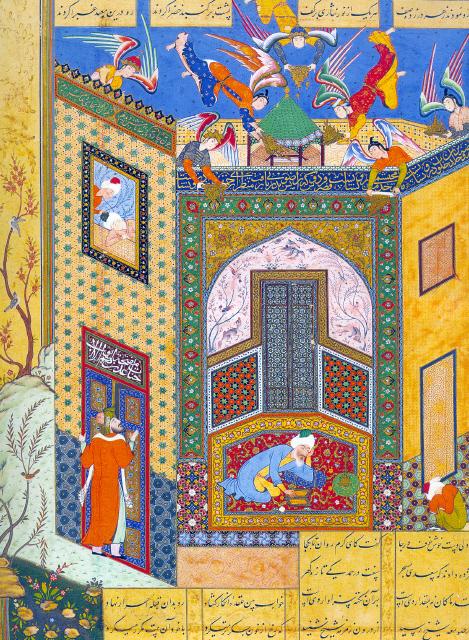 If the scissors are not used daily on the beard, it will not be long before they begin pretending to be the head.

Love reaches its omega when it transcends itself

Becoming one with the object itself

Producing the unity of being.

A beggar went to someone’s door and begged for food.

‘There is no one here’, came the reply.

The burden of the nose

I saw a man prostrating in his prayers and told him, ‘ You lay the burden of your nose to ground and think it is as excuse for your requirement of your prayers?’

Ordinary human love is capable of raising man to the experience of real love.

The dry clouds waterless have no rain giving quality.

Do not boast that you have no pride, as it is less visible an ant’s foot on a black stone on a moonless black night.

Justice and honesty, not religion or atheism

Is required for the protection of a state.

Before Nushirvan (a famous Persian emperor) the just, wise sages discussed the heaviest sorrow that prevails on humans.

One of them said it was illness and suffering.

Other said it was old age with poverty.

And last one said it was approaching death with lack of work.

At the end the last one was accepted.