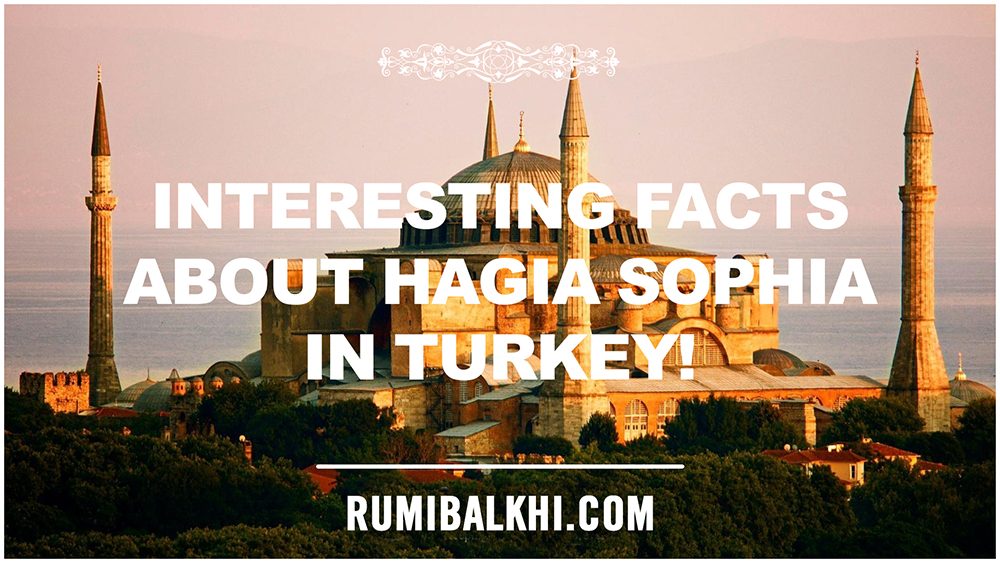 Hagia Sophia Facts
Hagia Sophia began as a church, later becoming a mosque, and today serves as a museum in Istanbul, Turkey. Hagia Sophia was designed with a very large dome, and is said to have changed the history of architecture. Until the Seville Cathedral was built in 1520, Hagia Sophia had been the largest cathedral in the world for almost 1000 years. In 1931, after having been a mosque since 1453, Hagia Sophia was closed to the public. It remained closed for four years until the Republic of Turkey reopened it as a museum.

Interesting Hagia Sophia Facts:
Sophia is the Greek word for wisdom. The full name of Hagia Sophia in Greek is ‘Shrine of the Holy Wisdom of God’.

Hagia Sophia is the third Church of the Holy Wisdom to have been built on the site. The two that were built earlier were destroyed due to rioting.
When the church was turned into a mosque they removed the alter, the bells, iconostasis, as well as the sacrificial vessels.

The 50 foot silver iconostasis from the days when Hagia Sohpia was a church is on display in the museum.

The dome of Hagia Sophia, with a diameter of 31 meters, is only slightly smaller than the one of the Pantheon in Rome.

It was the first Turkish President Mustafa Kemal Ataturk who turned the mosque into a museum in 1935.

Hagia Sophia was the focal point of the Eastern Orthodox Church for 1000 years.

Hagia Sophia and its design was an inspiration for other mosques such as the Blue Mosque of Istanbul and Sultan Ahmed Mosque.

In the museum today there are both Islamic and Christian influences and features.

Because of the forty windows in Hagia Sophia it has become famous for the mystical light that reflects about the nave (the area where worshipers sit).

The weight of the dome of Hagia Sophia was so great that when it was placed on top of the walls they began to lean outward. The walls then had to be built up to support the dome.

Hagia Sophia was designed by a physicist, a mathematician and a scientist.

When Sultan Mehmed II ordered the Cathedral to be turned into a mosque, many Christian mosaics were plastered over.

Hagia Sophia is visible for miles across the Sea of Mamara.

There are stone cannonballs outside the entrance to Hagia Sophia. They are not simply stone statues. They were actually used by Mehmet the Conquerer in the 1453 battle to save the city (he was victorious).

It has been said that Hagia Sophia is in such a state of disrepair it desperately needs work.

Because Hagia Sophia lies on a fault line, there is a worry that it would only take one great tremor to bring the entire structure down.

Work on Hagia Sophia continues today, depending on funding and available resources.