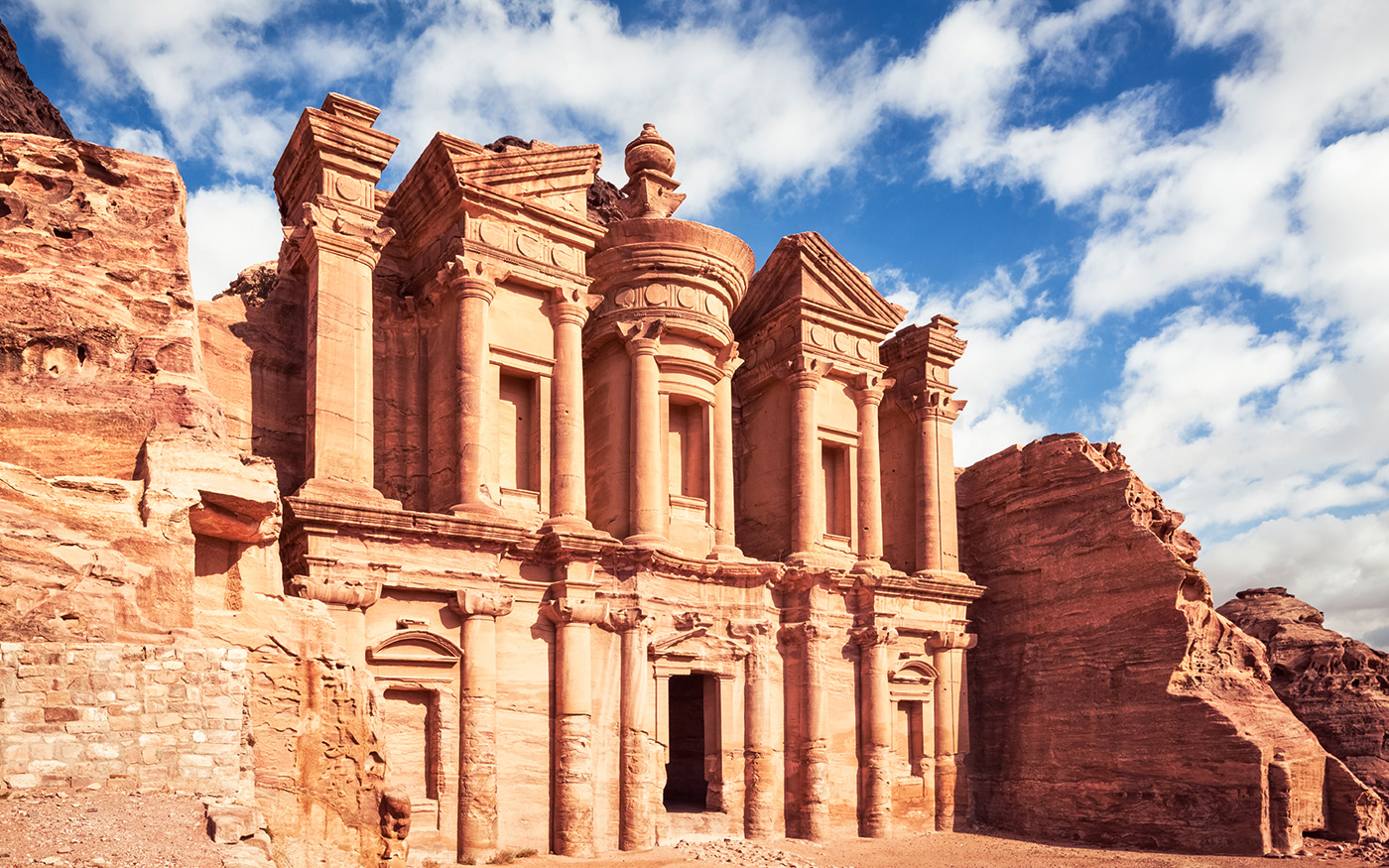 Petra is the most popular attractions in Jordan for tourists and also one of the world’s most famous historical archeological sites. It is an ancient city located between the Dead Sea and the Red Sea. The city is half man-made and half carved into the rock and had a water conduit system that is also one of the reasons the city is famous. It is often referred to as the Rose City because of the rose color of the rock from which the city was carved. The Western world knew nothing of Petra until a Swiss explorer introduced it in 1812.

Smithsonian magazine chose Petra as one of the ’28 Places to See Before You Die’.

Petra is thought to have been established as early as 312 BC. It was the capital city of Nabataens. There is evidence to suggest that between 1550 and 1292 BC settlements had begun in and around Petra.

Petra was classified as a UNESCO World Heritage Site in 1985. UNESCO also described Petra as ‘one of the most precious cultural properties of man’s cultural heritage’.

In biblical times, the part of the country where Petra lies was assigned to the Horites. Biblical references refer to Petra as ‘the cleft in the rock’. It is thought that this was in reference to the entrance.

This is the biblical site where it is said that King Aretas ordered the arrest of the Apostle Paul. Petra is referred to as Sela in the bible.

John William Burgon won the Newdigate Prize for his poem that described Petra as ‘a rose-red city half as old as time’.

Petra was the center of caravan trade, an important junction for the silk trade. It was located at a junction that China, India, Egypt, Greece, Rome, Syria and southern Arabia used for trading spices and silk, among other products.

Petra is the Greek word for rock.

There are approximately 800 structures in Petra. The most famous is Pharoah’s Treasure, a mausoleum.

The Romans included it in the province of Arabia Petraea in the 2nd and 3rd centuries.

Petra was captured by Muslims in the 7th century and by the Crusaders in the 12th century.

Petra would not have been possible as a place for settlement if it had not been for the water conduit system that was built to provide storage and supply for its citizens.

There was enough water to support the 30,000 people that are believed to have inhabited Petra. There was also enough water in this desert region to have lush gardens.

The Arab people of Petra became wealthy and prosperous because of their commercial trade abilities. They did not gain the power in the region because of force (war).

An earthquake in 363 destroyed many of the buildings in Petra and it also did major damage to the water system.

In the Middle Ages Petra had become a place of interest and was even visited in the 13th century by the Sultan Baibars of Egypt.

As the structures of Petra weakened with their age they became victim to robbers. As a result there were many treasures stolen over the years.

Petra was used as one of the settings in the movie Indiana Jones and the Last Crusade.

Only 15% of Petra has been explored by archeologists. The rest remains to be discovered.