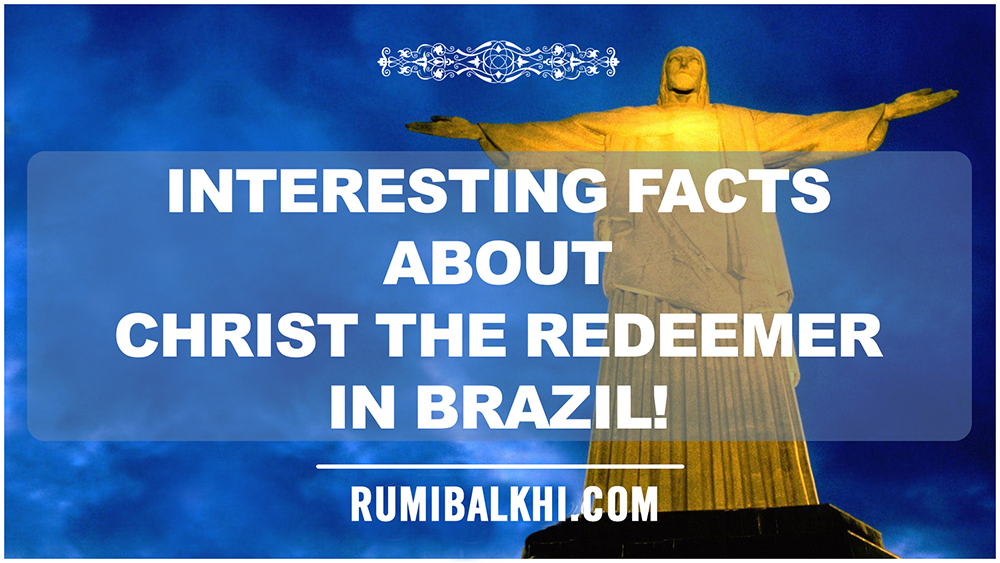 Christ the Redeemer is a statue in Rio de Janeiro, Brazil that was built as a symbol of Brazilian Christianity. In 1850, the idea of building a religious monument was first suggested by a Catholic Priest. It wasn’t until 1920 when a group petitioned for support to build a landmark statue that it became a reality. The design was chosen from several ideas and construction began in the 1920s, taking nine years to finish. Today, Christ the Redeemer is one of the New Seven Wonders of the World.

Christ the Redeemer is located in the Tijuca Forest National Forest, at the top of the Corcovado Mountain.

The statue is considered an icon of Rio de Janeiro and Brazil.

Christ the Redeemer is the 5th largest statue of Jesus.

The first suggestion to build a large religious monument was made in the 1850s by a Catholic priest names Pedro Maria Boss. The request for financing wasn’t approved because Princess Isabel was not a fan of the idea. The request was officially denied in 1889 when Brazil mandated the separation of church and state. A petition started by a group in the early 1920s, called the Catholic Circle of Rio, was successful. Construction began in 1922 and took nine years to complete.

The money to build Christ the Redeemer came from Brazil’s Catholic community.

There were several designs to choose from. One was a depiction of the Christian cross. Another was a statue of Jesus holding a globe, while standing over a pedestal that was to symbolize the world.

The chosen statue is meant to show that Christ loves all and will embrace all that come to him.
The stones that were used to build Christ the Redeemer came from Sweden.

The statue had to be constructed in pieces and carried to the mountain top to be erected.

The materials used to build Christ the Redeemer were reinforced concrete and soapstone.

In 2008 a violent electrical storm resulted in a lightning strike to the statue. The head, eyebrows and fingers were damaged. The soapstone exterior of the statue prevented severe damage as it acted as an insulator. The Rio de Janeiro state government began a restoration effort. They replaced some layers of soapstone and repaired the lightning rods on the statue.

All the stone used in restoration efforts came from the same quarry as the original stone.

Christ the Redeemer was vandalized in 2010 by a housepainter. He had sprayed the head and right arm with graffiti. The culprit was later identified.

In 2003 there were escalators, elevators and walkways installed. These made it possible to access the platform that surrounds Christ the Redeemer.

This statue became one of the New Seven Wonders of the World on July 7th, 2007.