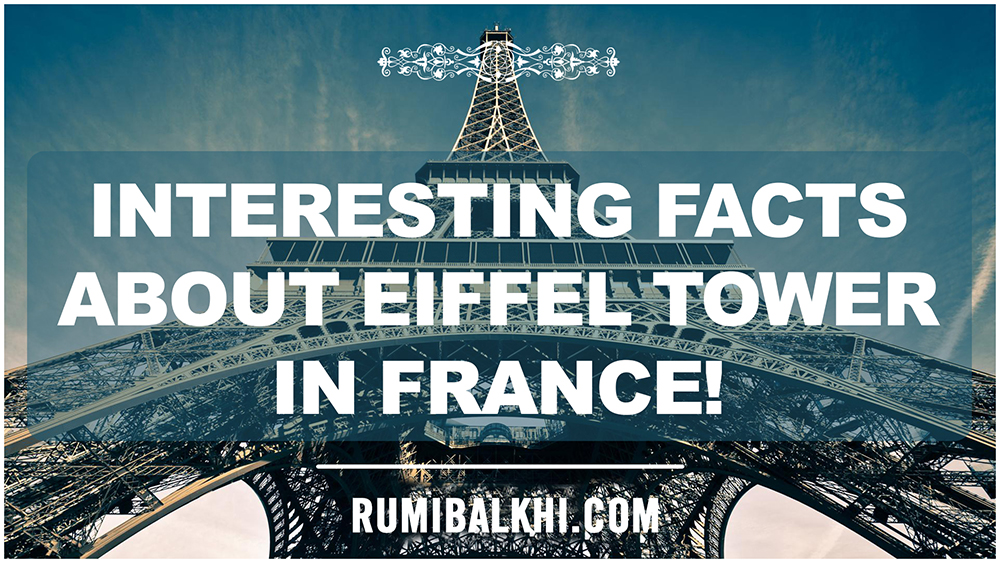 Eiffel Tower Facts
The Eiffel Tower was built in 1889 and served as the entrance to the World’s Fair that year. It is an iron lattice tower named after Gustave Eiffel, the engineer whose company designed and built the Eiffel Tower. It’s located in Paris on the Champ de Mars. It’s not only Paris’ tallest structure but of all the monuments in the world that charge a visitor’s fee, it is the most visited. It has the highest observatory platform in the European Union that is accessible by the public.

It was built to provide the arched entrance way to the 1889 World’s Fair in Paris.
It is a cultural and global icon of France. It is also one of the most recognizable man-made buildings in the world.

The tower is 1063 feet tall. This is approximately equal to the height of an 81 story building.
In 2010, the Eiffel Tower had its 250 millionth visitor.

While being built it became the tallest man-made building in the world as it was taller than the Washington Monument. It kept that title until 1930, when the Chrysler Building was built in New York City.

In 1957, an antenna was added to the Eiffel Tower, once again making it taller than the Chrysler Building.

If you don’t include the antennas in total height, the Eiffel Tower is second tallest in France. The Millau Viaduct is the tallest.

There are three visitor’s levels.

The first and second levels can be reached by a lift (elevator) or by stairs. The third level is only available by the use of a lift.

There are more than 300 steps to reach the first level by foot. It’s about the same to the second level. Although there are stairs to the third level this option is usually closed to visitors.

There are restaurants on the first and second levels for visitors to enjoy.

In 2011, approximately 7.1 million people visited the Eiffel Tower and either climbed the stairs or took the lift up.

The Eiffel Tower is often used in films, especially to establish Paris as the location of the story.
The 1889 World’s Fair to be held in Paris was meant to celebrate the French Revolution’s centennial.

The design for the structure was decided by a contest. Contestants had to submit their designs for consideration. Eiffel’s design won.

The Eiffel Tower weighs approximately 10,000 tonnes. It’s made of iron.

It takes approximately 50 tonnes of paint to paint the tower. This is done every seven years to protect the iron from rust.

There is a replica of the Eiffel Tower in Las Vegas, Nevada (half size), and in Tokyo, Japan (full size).

It is also sometimes referred to as La Dame de Fer, meaning the iron lady.

Gustave Eiffel was also responsible for creating the Statue of Liberty’s internal framework.
It cost 7,799,401 French gold francs to build the Eiffel Tower in 1889.

In the sun, the tower actually grows about 6 inches.

There are 5 billion lights on the tower. It would be hard to miss at night.