Farid ud-Din Attar was born in Nishapur, in what is today north-east Iran. There is disagreement over the exact dates of his birth and death but several sources confirm that he lived about 100 years. He is traditionally said to have been killed by Mongol invaders. His tomb can be seen today in Nishapur.

As a younger man, Attar went on pilgrimage to Mecca and traveled extensively, seeking wisdom in Egypt, Damascus, India, and other areas, before finally returning to his home city of Nishapur.

The name Attar means herbalist or druggist, which was his profession. (The profession can also carry implications of being an alchemist.) It is said that he saw as many as 500 patients a day in his shop, prescribing herbal remedies which he prepared himself, and he wrote his poetry while attending to his patients.

About thirty works by Attar survive, but his masterpiece is the Mantic at-Tayr (The Conference of the Birds). In this collection, he describes a group of birds (individual human souls) under the leadership of a hoopoe (spiritual master) who determine to search for the legendary Simurgh bird (God). The birds must confront their own individual limitations and fears while journeying through seven valleys before they ultimately find the Simurgh and complete their quest. The 30 birds who ultimately complete the quest discover that they themselves are the Simurgh they sought, playing on a pun in Persian (si and murgh can translate as 30 birds) while giving us an esoteric teaching on the presence of the Divine within us.

Attar’s poetry inspired Rumi and many other Sufi poets. It is said that Rumi actually met Attar when Attar was an old man and Rumi was a boy, though some scholars dispute this possibility.

Farid ud-Din Attar was apparently tried at one point for heresy and exiled from Nishapur, but he eventually returned to his home city and that is where he died.

A traditional story is told about Attar’s death. He was taken prisoner by a Mongol during the invasion of Nishapur. Someone soon came and tried to ransom Attar with a thousand pieces of silver. Attar advised the Mongol not to sell him for that price. The Mongol, thinking to gain an even greater sum of money, refused the silver. Later, another person came, this time offering only a sack of straw to free Attar. Attar then told the Mongol to sell him for that was all he was worth. Outraged at being made a fool, the Mongol cut off Attar’s head.

Whether or not this is literally true isn’t the point. This story is used to teach the mystical insight that the personal self isn’t of much real worth. What is valuable is the Beloved’s presence within us — and that presence isn’t threatened by the death of the body. 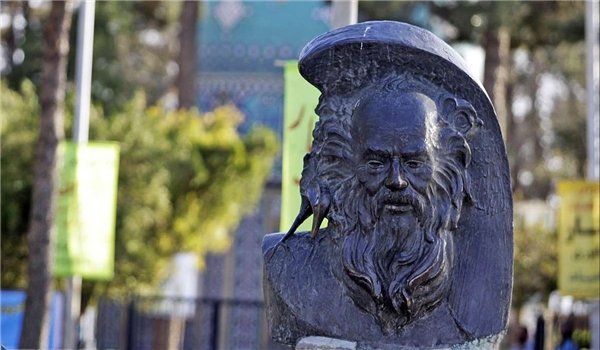