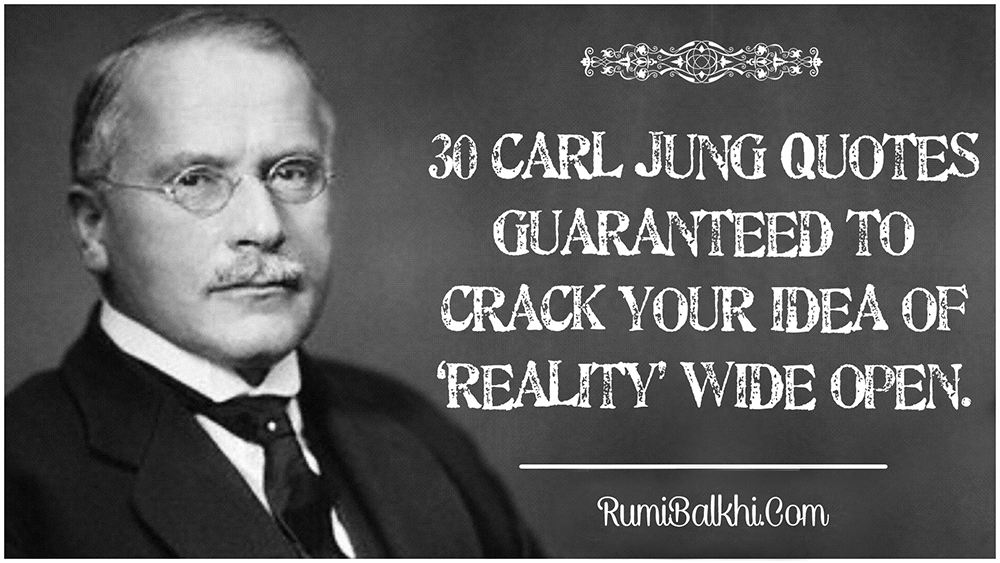 The word psychology literally means “study of the soul”. For anyone familiar with the practice, whether from an academic, professional or personal angle, this comes as no surprise. Psychology is a continuous and direct engagement with the anatomy of emotion itself, one which, if practiced properly, uses the mind only in service of the larger language of feelings and the revelations that they hold. It is the closest approximation to a “spiritual pursuit” one can find arisen from the halls of academia, and has helped countless people deepen not only their understanding of themselves, but their place in the larger picture of things.

Aside from Sigmund Freud, no person has had a greater impact on the field than Swiss psychiatrist and psychotherapist Carl Gustav Jung, the founder of modern analytical psychology. The father of numerous concepts, including the collective unconscious, synchronicity, ‘introversion & extroversion’, archetypes and the process of individuation, just to name a few, his influence on modern spirituality and new age thinking has been vast. His collected works amount to over 20 separate volumes and his contributions to dream analysis and the understanding of symbols are considered by many to be invaluable. Although it was his continuing wish to be considered a man of science, many today persist in thinking of him as one of the leading mystical minds of the late modern world.

Here, then, are 30 of his most mind-bending quotes, painstakingly gathered from numerous sources and guaranteed to crack your idea of ‘reality’ wide open. If you are at all unfamiliar with his work, this list will give you a clear taste of the uncharted territory he spent his life attempting to map.

We need more understanding of human nature, because the only real danger that exists is man himself . . . We know nothing of man, far too little. His psyche should be studied because we are the origin of all coming evil.

The unconscious is not just evil by nature, it is also the source of the highest good: not only dark but also light, not only bestial, semihuman, and demonic but superhuman, spiritual, and, in the classical sense of the word, “divine.”

The Practice of Psychotherapy (1953)

Nights through dreams tell the myths forgotten by the day.

Often the hands will solve a mystery that the intellect has struggled with in vain.

One of the most difficult tasks men can perform, however much others may despise it, is the invention of good games and it cannot be done by men out of touch with their instinctive selves.

We are living in what the Greeks called the right time for a “metamorphosis of the gods,” i.e. of the fundamental principles and symbols. This peculiarity of our time, which is certainly not of our conscious choosing, is the expression of the unconscious man within us who is changing. Coming generations will have to take account of this momentous transformation if humanity is not to destroy itself through the might of its own technology and science.

Art is a kind of innate drive that seizes a human being and makes him its instrument. The artist is not a person endowed with free will who seeks his own ends, but one who allows art to realize its purpose through him. As a human being he may have moods and a will and personal aims, but as an artist he is “man” in a higher sense— he is “collective man”— one who carries and shapes the unconscious, psychic forms of mankind.

One looks back with appreciation to the brilliant teachers, but with gratitude to those who touched our human feelings. The curriculum is so much necessary raw material, but warmth is the vital element for the growing plant and for the soul of the child.

We should not pretend to understand the world only by the intellect; we apprehend it just as much by feeling. Therefore, the judgment of the intellect is, at best, only the half of truth, and must, if it be honest, also come to an understanding of its inadequacy.

Psychological Types, or, The Psychology of Individuation (1921)

The healthy man does not torture others – generally it is the tortured who turn into torturers.

The dream is the small hidden door in the deepest and most intimate sanctum of the soul, which opens to that primeval cosmic night that was soul long before there was conscious ego and will be soul far beyond what a conscious ego could ever reach.

The Meaning of Psychology for Modern Man (1934)

Mistakes are, after all, the foundations of truth, and if a man does not know what a thing is, it is at least an increase in knowledge if he knows what it is not.

What can a man say about woman, his own opposite? I mean of course something sensible, that is outside the sexual program, free of resentment, illusion, and theory. Where is the man to be found capable of such superiority? Woman always stands just where the man’s shadow falls, so that he is only too liable to confuse the two. Then, when he tries to repair this misunderstanding, he overvalues her and believes her the most desirable thing in the world.

Every form of addiction is bad, no matter whether the narcotic be alcohol, morphine or idealism.

The erotic instinct is something questionable, and will always be so whatever a future set of laws may have to say on the matter. It belongs, on the one hand, to the original animal nature of man, which will exist as long as man has an animal body. On the other hand, it is connected with the highest forms of the spirit. But it blooms only when the spirit and instinct are in true harmony. If one or the other aspect is missing, then an injury occurs, or at least there is a one-sided lack of balance which easily slips into the pathological. Too much of the animal disfigures the civilized human being, too much culture makes a sick animal.

The Psychology of the Unconscious (1943)

No tree, it is said, can grow to heaven unless its roots reach down to hell.

Your vision will become clear only when you can look into your own heart. Who looks outside, dreams; who looks inside, awakens.

When an inner situation is not made conscious, it appears outside as fate.

A man who has not passed through the inferno of his passions has never overcome them.

People will do anything, no matter how absurd, in order to avoid facing their own souls. They will practice Indian yoga and all its exercises, observe a strict regimen of diet, learn the literature of the whole world – all because they cannot get on with themselves and have not the slightest faith that anything useful could ever come out of their own souls. Thus the soul has gradually been turned into a Nazareth from which nothing good can come.

Psychoanalysis cannot be considered a method of education if by education we mean the topiary art of clipping a tree into a beautiful artificial shape. But those who have a higher conception of education will prize most the method of cultivating a tree so that it fulfils to perfection its own natural conditions of growth.

The Theory of Psychoanalysis (1913)

Great talents are the most lovely and often the most dangerous fruits on the tree of humanity. They hang upon the most slender twigs that are easily snapped off.

Sometimes, indeed, there is such a discrepancy between the genius and his human qualities that one has to ask oneself whether a little less talent might not have been better.

Emotion is the chief source of all becoming-conscious. There can be no transforming of darkness into light and of apathy into movement without emotion.

Psychological Aspects of the Mother Archetype (1938)

We are so captivated by and entangled in our subjective consciousness that we have forgotten the age-old fact that God speaks chiefly through dreams and visions.

Nothing has a stronger influence psychologically on their environment and especially on their children than the unlived life of the parent.

The pendulum of the mind alternates between sense and nonsense, not between right and wrong.

Seldom, or perhaps never, does a marriage develop into an individual relationship smoothly and without crises; there is no coming to consciousness without pain.

The dynamic principle of fantasy is play, a characteristic also of the child, and as such it appears inconsistent with the principle of serious work. But without this playing with fantasy no creative work has ever yet come to birth. The debt we owe to the play of imagination is incalculable. It is therefore short-sighted to treat fantasy, on account of its risky or unacceptable nature, as a thing of little worth.

Psychological Types, or, The Psychology of Individuation (1921)

The meeting of two personalities is like the contact of two chemical substances: if there is any reaction, both are transformed.